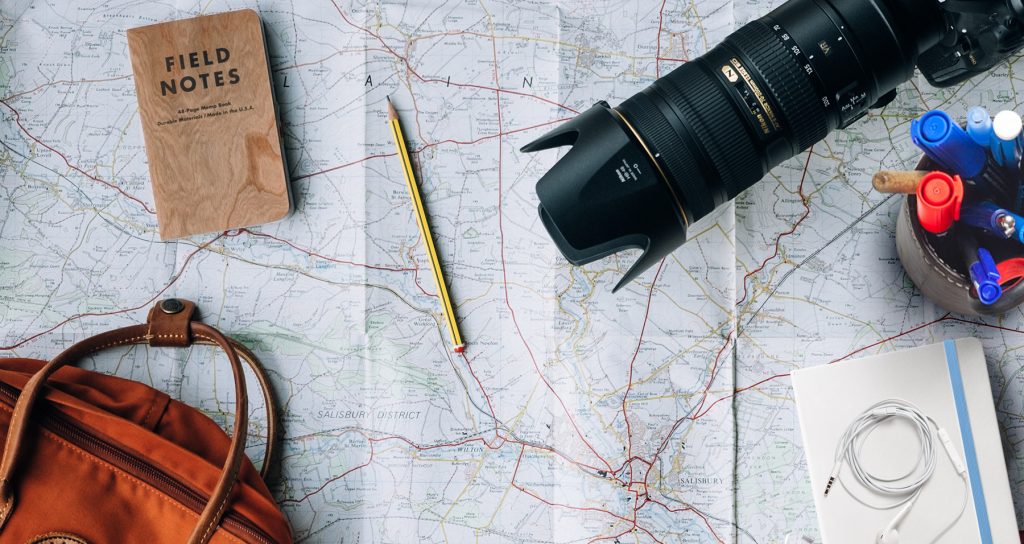 Student of the World: Lessons in Entrepreneurship From the Road

Welcome to the next edition of my life lessons in entrepreneurship through the lens of travel! One lesson that I learn time and time again, in many forms, is the value of relationships. Being an entrepreneur requires a diverse and current skillset, strong lateral and critical thinking, and great instincts- but then what? Going it alone only takes you so far; in the end, you need the people around you - friends, team members, connections, mentors, colleagues- to go any further than the front door of your home.

I learned this lesson firsthand during my first visit to Pakistan in 2005. I was there while working for AIG Capital Partners, performing a due diligence investigation for a potential investment in TRG, a company with call centers located in Islamabad, Karachi, Lahore, and elsewhere across the world. Pakistan was not a peaceful place at that time; it was believed that Osama bin Laden was in hiding in the borderlands and that the Pakistani government was obstructing international forces in flushing him out.  Terrorist and separatist attacks rocked the country with some frequency- the U.S. embassy had itself been the target of a deadly attack less than a year prior. In fact, most every hotel in the country where I could stay - good hotels!- had been attacked or bombed at some point in recent history. Nevertheless, my visit to the capital and Karachi and Lahore were immensely productive, to say nothing of the great food and weather. Still, I was pretty jetlagged and I had a few misadventures along the way as I found my bearings. One day, my driver, a local gentleman assigned to me by the company, dropped me off at my hotel for a brief nap. After a quick disco nap, I went outside to discover that, much to my embarrassment, I couldn’t remember what my driver looked like- or, to be more precise, that I couldn’t pick him out of the large crowd of drivers waiting for people in the plaza out front of the hotel. When we eventually found each other, I realized he too had been standing there for a long time as he had also been unable to pick me out of the crowd. Between that shared comedy of errors (which, by the way, ended in laughter) and my many other experiences of cultural differences that day, I learned that ignorance is usually mutual when it comes to groups that don’t understand each other well.

At the end of my trip,  I decided to stay on for a few days along to get a tour of the local scene from a new friend who worked at the company named Shuja Keen, a Pakistani American who kndw the ins and outs of Karachi and wanted to show me some of the local scene. We planned to check out the beach hut of our friend Shaan Kandawalla, a mutual friend, who was living in the States but had a cool place out on the water. One unforgettable fact about Shaan - she qualified for the 1996 Olympics but was barred from competing by the Pakistani government because it didn’t want her to wear a swimsuit in public! Although she didn’t make it to the pool at the Atlanta games, Shaan went on to attend Harvard Business School and is now a trailblazing tech founder in New York.

To get out to the beach, we borrowed a car from one of Shuja’s colleagues.  We elected to drive ourselves with Shuja taking the wheel. As you might know from my last blog entry, vehicles and I often don’t get along- so it is through no fault of Shuja’s driving that, 90 minutes into our drive, the car sputtered and died. I am nothing if not consistent in my lousy luck with engines of any kind.

After awhile spent pretending we had any idea what to do under the hood, we piled back into the car to get out of the heat and off the street- this was a fairly rough area near the edge of the city- and decide our next move. We had no cell reception, and were uncomfortable leaving the borrowed car to look for help, as we were honestly a little lost. After a few minutes, I managed to convince a man on the street to help me push the car while Shuja tried to start it, but I had no luck and he eventually abandoned me beside the car.

Shuja, in his usual detached bemusement, was laughing at the absurdity of the situation- how two intelligent adults here in Karachi working to close a multi-million dollar deal were thwarted by a car and a hot day.

Nobody was amused, though, when a flatbed truck sped up to where we were stopped crammed- and crammed is the word- with around 8 guys brandishing assault rifles.  The truck came to a abrupt stop and the men piled out and approached us. Shuja and I exchanged glances. I felt a wave of fear rush over my body.

Very fortunately, Shuja was able to apply his cool head and fluent Urdu to the situation.  After speaking with their head of this mini-militia, he learned that our car had an anti-theft transponder, which had sent a distress call to the home office.  Apparently, because the car had entered a high-crime, “no go” zone within the city, which meant that it had presumably been stolen, the security company dispatched a repo team - a very, very well armed repo team.

Still, Shuja alone couldn’t convince these guys that we had borrowed, not stolen, this car. Fortunately, one of the board members of Shuja’s company owned the anti-theft device company. Without breaking a sweat, Shuja convinced one of the repo men to loan us a phone with a signal- and one phone call resolved our dilemma.  Within minutes, were were in front of Shaan’s house convincing the watchman that we were just in for a visit, not to break in to the place. He looked a little suspicious, but of course, Shuja once again worked his magic and were able to hang out for a while. As an epilogue to this story, if you had told me then that Shuja and I would go on to be great friends who would share numerous (ad)ventures, I never would have guessed. I’ve been back to Pakistan many times since, by myself, for various outings. As for Shuja? He proposed The 10% Entrepreneur for his book club, reached out to me to speak to them, and founded Mentors Fund, a venture capital firm that invests in innovative technology startups and is comprised by a diverse group of part-time entrepreneurs. Mentors Fund is based on the philosophy of The 10% Entrepreneur and I’m also part of the group at his invitation.  He and Shaan are people that I’ve enjoyed connecting and reconnecting with time and time again, and we’ve all grown as entrepreneurs both independently and from mutual support. It takes shared experiences to create meaningful, lasting bonds. This requires us to get out of our comfort zones, but it also requires us to make the effort to get to know our partners and team members as people.

What was the lesson of this crazy adventure? It took some very specific resources to get us out of that jam- a working phone, the ability to speak Urdu, and the ability to convince the “tactical tow truck” that we weren’t car thieves- and none of those resources could be found in one place. It is less important that you know everything than it is to know who to ask about anything. All the answers to a problem can seldom be found in a single source.

I hope you enjoyed hearing about another great lesson from the world.  بعد میں ملتے ہیں!