[The finale of our three part series on Sabbaticals versus the FOs (MO/BO/DA): Entrepreneur and The Sabbatical Project founder DJ DiDonna explains how taking sabbaticals helps to counteract the forces of FODA. Based on first-of-its-kind research on non-academics who have taken extended leave from routine work, DiDonna shares how his findings take on the FOs.]

If the only constant in life is change, why is it so hard to do? One of the things which make FOMO and FOBO so difficult is our general aversion to disrupting our routine life. Taking a sabbatical—extended time off routine work for a purpose—can seem risky, expensive, and logistically impossible. But, as we covered in the last two posts, sabbaticals give us tools to fight FOMO and FOBO because we gain a deeper understanding of who we are, in addition to who else we long to be.

But what if you’re stuck, either afraid to make a change, or so burned out that the idea of changing feels too difficult? Then you’ve got FODA—the Fear Of Doing Anything.

The good news is that our research shows that sabbaticals can help with FODA as well. Extended time off gives people three tools to manage change: self-confidence, risk tolerance, and general wellbeing. To learn more, let’s meet Amelia.

By her late twenties, Amelia had her dream job. She’d gotten a graduate degree in public policy and a coveted internship in Africa, which helped her land a position with a prestigious research lab. Within two years, she was promoted to become the only non-academic managing the research team.

But five years in, she was miserable. She felt overworked, underpaid, and worst of all, as the only non-PhD in her office, underappreciated. But was afraid to make a change; she couldn’t imagine leaving—it was her dream job after all— but asking for promotion and raise felt too risky. She was paralyzed and afraid to make a move.

On the personal side, though, things were going great: she’d fallen in love and was busy planning their wedding with her partner. As they began to dream about their honeymoon, her fiance floated a crazy idea—how about instead of a short trip, they take off six months, and make it a monstermoon? Much to her surprise, when Amelia proposed the idea to her bosses, they agreed. She had no idea how they would manage in her absence, let alone if she could bear to return, but off she went.

People generally dislike change. Change is uncomfortable and uncertain. But change is a human constant: we grow old, our children transform before our eyes, and we die. Moreover, the pace of change is accelerating. Most of us will change jobs at least a dozen times over the course of our lives. The technology sector leads all others in employee turnover: the average tech worker at the most coveted jobs in the country – Google, Facebook, Uber – leave around their second anniversary.

In other words, if you have a Fear Of Doing Anything, you won’t fare well in our modern economy. Worse, our research on sabbatical-takers indicates that most of the time, not changing isn’t even an option. Over two-thirds of our interviewees were forced to take time off because of a negative event in their lives: a personal health crisis, sudden job loss, or having to take care of a loved one. Amelia was speeding towards burnout—a state we call “functional workaholism”—before her partner catalyzed a big change in her life.

Back to Amelia. Just as her multi-continent trip-of-a-lifetime monstermoon was coming to an end, a new feeling around work had blossomed. Her time away had restored her health, and with it, her self-confidence. Amelia knew that the way she’d been treated at work wasn’t working for her, and that it was either time to move up or move on.

But, an unexpected thing happened just before her return: her bosses preemptively offered Amelia both a promotion and a raise. Her concerns were at once validated, and she realized that it took her absence to make her presence felt. Unfortunately, this perspective—for both her and her employer—is hard to come by in routine life.

Amelia’s story is a common one among the sabbatical research participants. People know deep down when something isn’t working—when they need to do something, anything different. But change means uncertainty, and too often, the “devil you know” beats fear of the unknown.

Our research is clear: sabbaticals are a powerful tool for making change. Taking a sabbatical is also a risk. But it’s a risk that’s true to oneself. It’s tackling your bucket list and getting more comfortable with uncertainty. As Amelia’s story shows, sometimes you can eat your cake and have it too. As many more sabbatical stories tell, often people wait too long to make a change, and they end up burned out and paralyzed with FODA.

It’s normal to dislike change, and even to fear it. The FOs (FOMO, FOBO, and FODA) prevent us from living the life we want, whether that’s fully enjoying the life we have, or having the courage to pursue our dreams. Sabbaticals can help. And the people who take them know that time off is time well spent.

Follow DJ’s research and find out more about Sabbaticals HERE. 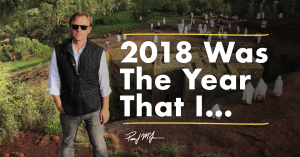 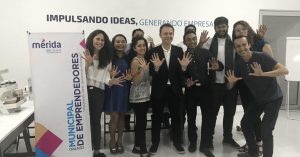 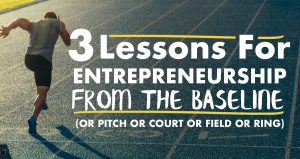 HOW PROFESSIONAL ATHLETES ARE REDEFINING LIFE AFTER (AND DURING) THE GAME, AND WHAT THE REST OF US CAN LEARN FROM THEM When you come to