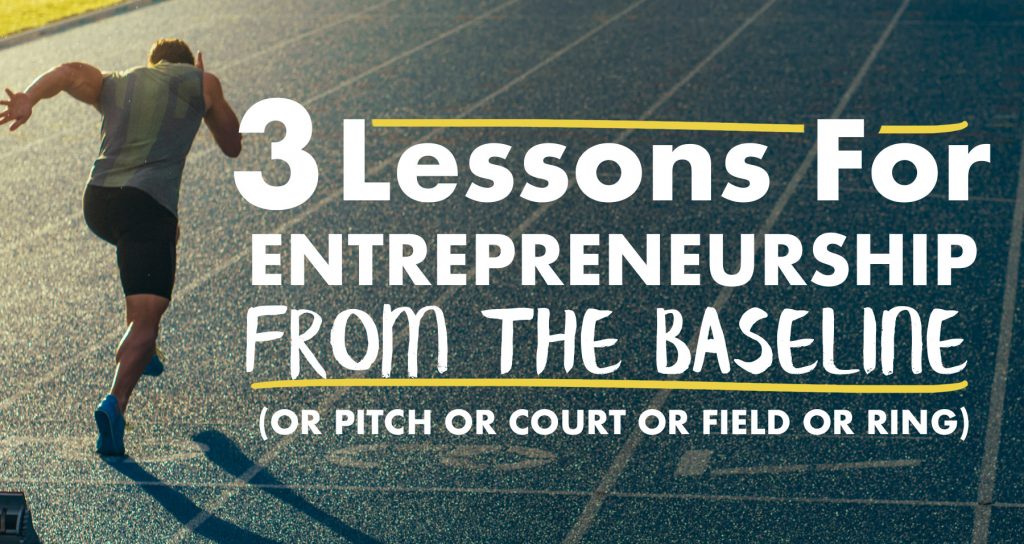 HOW PROFESSIONAL ATHLETES ARE REDEFINING LIFE AFTER (AND DURING) THE GAME, AND WHAT THE REST OF US CAN LEARN FROM THEM

What does NFL stand for? Houston Oilers coach Jerry Glanville famously said it meant, “Not For Long.”-At the time, Glanville was expressing anger at an official for a bad call, but since then, the expression has been widely embraced to reflect the stark reality of a career in professional American football- there’s much glory to be had, but your career will be astonishingly short.

As a reference point, the length of the average NFL career is 3.5 years, making it the second-shortest career in pro sports (the shortest is the “other football,” which we contrarian Americans call “soccer,” at 3.2 years). The average length of every major pro sports career in America is less than 6 years. It’s true that the rest of us don’t stay in careers as long as we used to- we spend less than 5 years in most jobs- but we typically move into another, similar position when we do; as a result, we don’t think of lateral moves as “retirement.” The vast majority of pro athletes, after their 3-6 year career, never play professional sports, the career they spent their entire youth preparing for, ever again.

Imagine you wanted to be a full-stack developer (a kind of comprehensively-skilled computer programmer, presently a very high-paying and in-demand job) when you grew up. Hey, maybe you did. Your parents sent you to Code Camp every summer. You joined a team of competitive coders in high school, the Springfield SQL Ninjas. You went on to MIT or Berkeley and worked hard on an expensive degree. When you weren’t in class, you were at home compiling your latest build. Finally, one day, you received a mysterious email: your open-source work hadn’t gone unnoticed- you’d been scouted by a huge, world-renowned, famous corporation, and offered a multimillion dollar contract.

Now imagine that 5 years later, your employer told you that you coded too slow, it was time to put you out to pasture, and you’d never do it again. Sure, you’d been earning a big paycheck, but you were finished, and maybe only 28 or 30 years old. What would you do for money for the rest of your life? Try to stretch those past earnings over the next 50-60 years? Endorse database software in commercials? Appear on the front of boxes of cereal popular with nerds (Lucky Charms?)

The professional life of the athlete is more precarious than most.-If you’re anything like me, your skills are transferable to other positions, other careers; your work rarely inflicts continuous, long-term damage to your body; you aren’t being hired for a very brief period of age-related perfection in your life- you likely become more skilled and more desirable as you accumulate experience over years. Not so with pro athletes.

It is precisely this transience that has made many modern pro athletes get a lot smarter about how to leverage the personal brand they build during their playing career, make the most of their time on the field, and plan ways to carry their success forward into the next phase of their life after “retirement.”

NBA legend Magic Johnson helped launch Detroit Venture Partners, an early startup incubator and today maintains a broad investment portfolio. Another basketball royal, Shaquille O’Neal has secured spokesman gigs for half a dozen companies and saw big windfalls from early investment in the likes of Starbucks and pre-IPO Google- he’s made more than he ever did balling, “post career.” An increasing number of pro athletes don’t even wait for retirement- more and more athletes have a 10% venture that begins while they’re still playing. Maria Sharapova has had a comparatively long tennis career- she went pro in the US in 2001 and still competes- but a long sidelining in 2008 got her thinking about life after tennis, and in 2012 she started Sugarpova, a line of designer candy trading on the personal branding she’s been carefully developing throughout her time on the court. Three years before he hung up his jersey, Kobe Bryant and a friend combined their extensive connections from very different worlds to create the successful venture capital brand Bryant Stibel. Both Sharapova and Kobe’s businesses include mentoring up and coming athletes or entrepreneurs, philanthropic outreach, and an emphasis on investment in community building ventures.

These examples and the other members of the growing athlete-entrepreneur community have some important things in common that are relevant to those of us who will never appear on a baseball card, have our likeness immortalized in a video game, or make over $100,000 from scoring a single basket or homerun:

The modern business, economic, and social landscape has brought us a new breed of businessperson- the athlete-entrepreneur. They leverage the moment in their lives that is their athletic career- a high-stakes burst of celebrity, intense work, high potential, and high risk- to build enduring brands and enterprises. The uncertainty, dynamism, and novel opportunities of today’s professional life demand that we learn the same lessons they do.