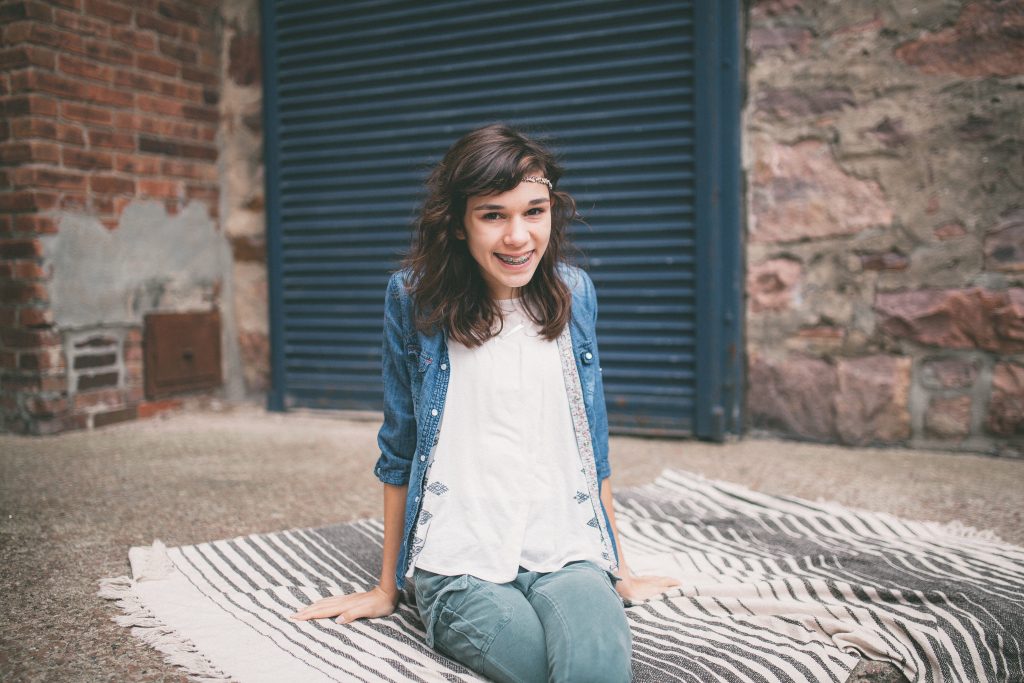 The 10% Activist, part II: The Story Behind The Finish Line Fund

Remember Dan Brendtro? He was the subject of last month’s guest post for Giving Tuesday. Today, I want to share with you Part II of his story, where he speaks about the evolution of his daughter’s illness and how it led him to found The Finish Line Fund. Check it out below!

In my previous guest post, I spoke about my unexpected, whirlwind journey into a role as a 10% Activist. That journey took me from the starting line of a half-marathon to the finish line of a full marathon in less than three weeks; and during that short time, we raised $26,000 toward a cure for my daughter’s rare disease. It was only during the marathon that I had the time to reflect and realize that this “entrepreneurial volunteerism” had a lot in common with 10% Entrepreneurship. In fact, I had used its core aspects from start to finish.

But I also knew that the finish line of that marathon was not my daughter’s finish line.  The marathon did not cure her disease, and $26,000 was not enough.  I wanted to do more, and I wanted to have a larger impact.  In the two months that followed, I researched opportunities and then launched The Finish Line Fund, a non-profit catalyst to help fund urgent research for Friedreich’s Ataxia, the disease that affects my 16-year-old daughter Raena.

Through a series of lucky coincidences, we unearthed a small, unpublished research study about Friedreich’s Ataxia, which had been abandoned due to a lack of funds and infrastructure.  The scientists behind the study gave us a budget of what it would take to immediately resume the study, and, last week, we launched a crowdfunding platform to raise the $75,000 they need.

Today, I want to talk about the path that got me to the doorstep of this successful effort, and to share some interesting developments along the way that give us hope.

How it all started: The Diagnosis

My introduction to Friedreich's Ataxia came four years ago, when a genetic test confirmed the reason behind my daughter's balance and coordination issues. Within three weeks, we were on a plane to the Children's Hospital of Philadelphia to meet with one of the world's leading FA researchers, Dr. David Lynch. We soaked up everything he told us and devoured all the research we could find.

Here's what we learned:

However, we also learned this amazing fact about Friedreich's ataxia:  the average "healthy" person produces 100% of a "normal" level of the frataxin protein; a carrier of the disease (like me) produces from 30 to 40% of your “normal” level; and the average "patient" with FA produces somewhere less than 30% of your "normal."

In other words, my daughter isn’t producing zero frataxin, she is just producing a little less than I am. Yet somehow the small difference between her levels and mine causes a breakdown in her cells, but doesn’t affect mine at all.

This is incredibly encouraging, because finding a cure means finding a way to nudge my daughter’s body to increase her frataxin production. In that perspective, this is a very curable rare disease.

Based on everything I've learned, I firmly believe that we are less than a decade away from a viable treatment for FA. The problem is that we don't have the luxury of waiting a decade.

Meanwhile, the disease is also slowly taking away her freedom.  She’s a teenager who doesn’t have the dexterity to paint her own fingernails.  She needs help getting her boots off.  She spends part of her day in a wheelchair.  And she has trouble holding her phone steady just to take a selfie.  This disease is often fatal for patients in their 20’s, and my daughter is almost 17.

A Short-lived Glimmer of Hope

Raena participated in a drug trial in early 2016, and we noticed improvements in the first few weeks, and so did teachers and friends who had no idea that she was in an experimental trial.  Our excitement was short-lived, however.  That drug study was ultimately discontinued because it was not demonstrating conclusive, long-term benefits. Indeed, after those first few weeks, she actually seemed worse than before.

The cancellation of that clinical trial was like a punch in the gut for us, because there isn't any other obvious “next option.”  At the time I ran the marathon, I felt the urgency; we had been waiting for almost a year for the next new thing… something that has not come yet. Great News Is Closer than You Think

As it turned out, there was some awfully great science already waiting for us, less than three miles from my office here in Sioux Falls, South Dakota.

The hospital system in my hometown, Sanford Health, has charted a more entrepreneurial path than most healthcare organizations. One of its ventures included the launch of an enormous research laboratory, called Sanford Research. It is home to 68 independent laboratories, many of which focus on rare diseases.

Following the October marathon, I reached out to them with an idea. I sent an email saying that I wanted to raise money to sponsor one of their lab teams to work on a cure for Friedreich’s ataxia.

In hindsight, this was obviously naïve and idealistic. You don’t just show up a research lab and tell them you want to hire them to cure your daughter’s rare disease. But that’s exactly what happened.

After (understandably) bouncing around to a few places in this giant lab, my unconventional email ended up in exactly the right place: on the desk of Dr. Peter Vitiello, a redox biologist, lung disease expert (and a proud transplant from Staten Island).

By chance, a few years ago, Dr. Vitiello had worked on a very small research study about Friedreich’s ataxia. He has spent his career on toxicology and lung disease, areas which are not normally related to FA. In particular, Dr. Vitiello was selected for that small study because someone had recognized the subject matter intersected with his niche of expertise—the accumulation of hydrogen peroxide (and toxic compounds) within lung cells, which ultimately leads to cell damage and cell failure. The same basic problem (hydrogen peroxide accumulation and natural, but toxic byproducts) is believed to be at the root of Friedreich’s Ataxia, within heart and nerve cells.

Dr. Vitiello explained to us that the prior study had resulted in what are called “novel” findings, meaning, something new that potentially holds promise for more study. They had determined that an enzyme called peroxiredoxin-3 (Prdx3) is connected with frataxin (the protein in which my daughter is deficient). They hypothesized that this molecule acts as a sort of “custodian” within the mitochondria, cleaning up and neutralizing hydrogen peroxide molecules before they can cause damage. The implications of Prdx3 for Friedreich’s Ataxia are immense. First, this is one of the first studies that can help map the pathway by which the disease mechanism causes cell death. Today, the pathway is really a complete mystery, even 25 years after the discovery of the frataxin protein’s role. Second, Prdx3 provides a new, potential drug target: instead of trying to boost frataxin levels, a treatment or cure might be found by artificially boosting the body’s ability to create the Prdx3 enzyme. And third, even without new drugs, simply knowing about the Prdx3 enzyme will allow existing drug research to add a new measurement tool in the laboratory, as they evaluate why existing drug treatments don’t work.

The amazing thing is that nobody is currently researching this. Why? The prior study was short-lived. It was funded with a one-year grant, back in 2012. The lead researcher (an FA expert from the Mayo Clinic) retired shortly thereafter. The results were never published. It was just a combination of circumstances that stranded the old data in a drawer (and the study materials in a freezer). I felt like we had just found a Mickey Mantle rookie card tucked inside an old box up in grandpa’s attic.

Dr. Vitiello was initially cautious, but after talking to all of his stakeholders, he gave us a resounding, “Yes!”

The primary challenge for any scientific research is funding. Most of it comes from federal and foundation sources, which operate with limited funds and an annual funding timetable.

Using traditional methods, Dr. Vitiello’s next study could be delayed 12 or 24 months (or longer) while he waits for the right funding bucket. And, in fact, he has a fair amount of foundational testing to do before submitting a large grant proposal.

At my request, he put together a budget for launching his work. I then launched a crowdfunding effort to raise the seed capital necessary to begin this work: $75,000. In true 10% Entrepreneur style, I asked Patrick McGinnis if he had anyone in his network who could help. He put me in touch with Diego Saez-Gil, who had used Indiegogo to successfully launch Bluesmart. Diego coached me through the crowdfunding process, proofed our pitch, introduced me to his contacts at Indiegogo, and politely “demanded” that we make a video for the header (which we did…you can watch it at TheFinishLine.org).

The response has been tremendous. In just 10 days, we raised the first $40,000, and our story has already been picked up by seven media outlets, and counting: KSOO radio; S.D. Public Radio; KDLT tv; KELO tv; Argus Leader (print and on-line); the Run 605 Blog; and Med Magazine (article in production). I am so grateful for the “early adopters” that believed in our cause, and grateful for the next set of donors who will get us to $75,000.

What the Future Holds

Our horizon looks a little brighter now than a year ago. I’m focusing on raising the funds needed for Dr. Vitello to start his research by the end of December. I’m certain that great things can happen, and I’m hoping that a few “guardian” Angel 10%-ers can help us reach the goal.  We need dollars, and, just as importantly, we need more exposure, through social and traditional media.  We need your help!

If you’d like to join our effort, and become a 10% Activist, please follow the link below.  All of the funds raised will be used to provide seed capital for new research, and to provide catalyst for further fundraising.

The last few months are a testament that we can accomplish so much more together than we ever can alone.  Will you join us?