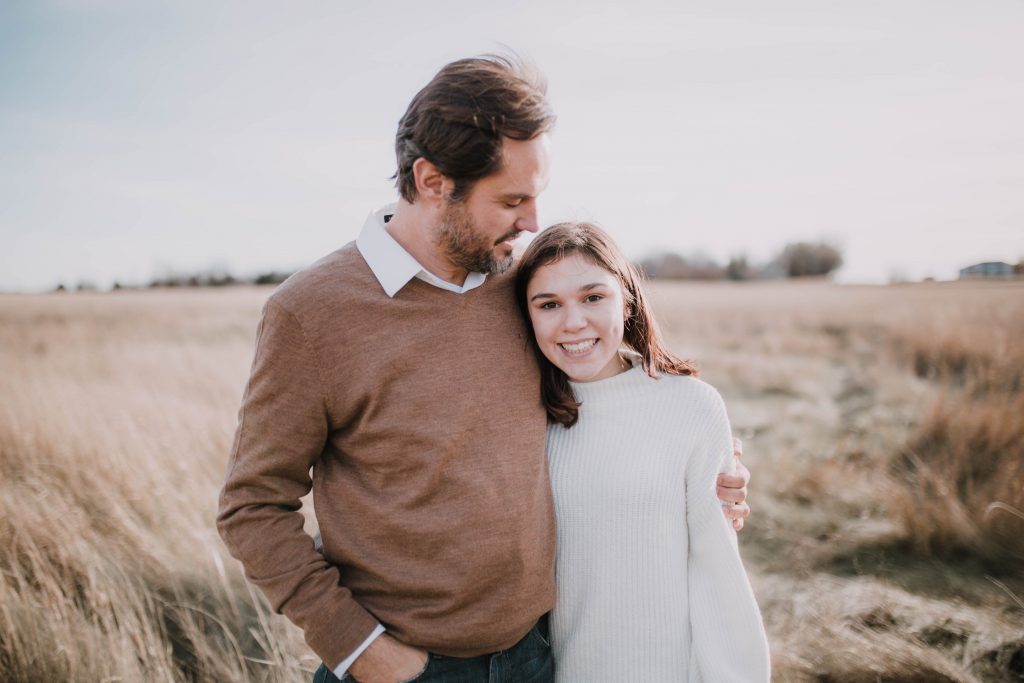 How to Become a 10% Activist and Change The World

Often, the best ideas can come from the most unlikely of places.

In my case, it started with a marathon.

It was October 1st, and I was hitting the pavement, putting in the miles, puffing my way to 26.2. If you had told me a month before that I’d be running a marathon with three weeks of training, I’d really question your sanity.

But here I was, pushing forward, and doing it for a good cause: to find a cure for my 16-year-old daughter. (She has a rare disease called Friedreich’s Ataxia, or “FA”, which attacks nerve and heart cells. It causes paralysis, heart disease, and early death. It’s genetic, and afflicts around 4,000 people in North America, and about 1 in 350,000 globally.)

Through a combination of luck, love, and social media, we reached our fundraising goal in 14 days. With my daughter cheering me on from Mile 17 (and with great coaching from a ten-time marathon veteran), I finished the marathon in a time of 4 hours, 46 minutes.

And yes, I ended on my feet, without an ambulance. But the story doesn’t stop there.

While I was running, I found myself marveling at how much we had accomplished in such a short time, inspired that we might succeed in finding a cure, and completely overwhelmed with gratitude.

Somewhere around mile 10, I started thinking about Patrick’s book, The 10% Entrepreneur, and noticing some similarities to my whirlwind month.

I had committed around 10% of my waking hours to this project, leveraged my networks and built up a team. I had “invested” $1,000 of my own money (donating it to sponsor my own first mile) and watched it snowball almost thirty times over. This was the stuff that most start-ups dream of. Even more importantly, I had accomplished all this without quitting my day job. This adventure of raising money to find a cure fell at the intersection of things I do well and things I want to do.

Then, I wondered: “What if this is something different than just 10%-ing?”

From 10% Entrepreneur to 10% Activist

As the miles kept piling up, I recognized that the entrepreneur metaphor was imperfect. I wasn’t launching a business, nor was I looking to make a profit. I wasn’t “marketing” or “selling” anything. All the money went to an existing non-profit whose sole mission is to help kids like my daughter walk. My “investors” didn’t expect anything in return. My return-on-investment (i.e., a cure) was going to be intangible, if it ever arrived.

So while there were some entrepreneurial components to this, I sensed I had stumbled upon something different, something that had been patiently waiting around the edges of The 10% Entrepreneur. This was more than volunteering, but less than joining the Peace Corps. It was like starting a business, except that it had unlimited shareholders and no walls.

I call this idea The 10% Activist. It’s saving the world without quitting your day job. It’s all upside. It’s a guaranteed way to make life more vibrant. It won’t ruin your finances. It’s Plan B for your soul. There’s minimal risk of failure because the point is to at least try. (It’s liberating, actually, because there’s so much freedom to experiment.) And best of all, you can be a 10% Activist right alongside of everything else you already do as a 10% Entrepreneur.

What it means to Become a 10% Activist

Becoming a 10% Activist is about transplanting the same core concepts from 10% Entrepreneurship and applying them towards a cause you’re passionate about. This means that, for me, crossing the finish line after a few hours wasn’t the end of my journey. It’s just a new chapter in the road to finding a cure for FA.

For a few miles during the marathon, and then for a full two weeks afterward, I began to be purposeful about choosing my next steps. What should I do next to build on this success? If this is what can happen in three weeks, what can we do in three months, or three years? And, more, how can we run faster (and smarter) toward a cure?

Three goals emerged: First, I wanted to raise more money, a lot more. Second, I wanted to be a catalyst for change, building a multiplying and sustaining effect. Running more marathons alone was not enough anymore. And, third, I wanted to enlist a new team of researchers to help find a cure, adding a fresh set of eyes and ideas.

I was hesitant to start a new structure or a new venture. There is so much inefficiency (and hubris) involved with re-inventing the wheel. So I made a commitment not to create any more new structure than necessary, and to rely upon existing groups, relationships, and networks as much as possible.

Meanwhile, and in stark contrast to my plan to be conservative about new structures, I had come up with what I thought was the perfect name to encapsulate my mission: The Finish Line Fund. (And, as luck would have it, I was able to snap up TheFinishLine.org and TheFinishLineFund.org) Armed with a potential name, I continued forward, and, in a few short weeks had found something that was in need of my efforts. Through a fortuitous set of connections, we found a research scientist in our own city who had previously researched a small piece of a small FA study in 2012. He explained that the prior research was unpublished, but that it had led to a new, novel finding. It held a lot of promise, and it merited further work. Nothing had happened since 2012 because of the understandable lack of infrastructure and funds available for rare diseases.

We began pitching the idea of a study to traditional funding sources. However, because the idea is at an early stage, the most logical and useful next step is a very small and quick study to establish some basic science. We learned that a budget of just $75,000 would get this project launched. And we learned that by funding it privately, we could bypass all of the red tape associated with traditional funding sources. In other words, with private funding, we could launch this project immediately, rather than 6 months or 12 months from now.

And, with that, The Finish Line Fund was born. We scrambled to get the details together for a fundraiser, and, I’m excited to announce that our Indiegogo campaign started today. (There’s a link below.)

I am still exploring this idea of The 10% Activist, but I do believe we are onto something really good. I want to see this concept grow, beyond my story, and into other fields where it can also help. I believe that by using a mindful, 10% approach towards actions that can improve others’ lives, we can make this world a better place…. in far less time than we think. In my particular case, since I devoted myself to the challenge of finding a cure, major changes have taken place in weeks. And I’m (cautiously) looking ahead to our next goal, after we fund and launch this new research study.

If you’d like to be one of the founding “investors” in The Finish Line Fund, please follow the link below. All of the funds raised will be used to provide seed capital for this new research. And, if we exceed our goal, we plan to be a catalyst for further fundraising and further research.

We can accomplish so much more together than we ever can alone. Will you join us?

In Part 2 of Daniel’s guest post, learn more about the story behind the creation of The Finish Line Fund and the medical leads that might help towards a cure for FA.

Dan Brendtro has made angel investments in a manufacturing company; runs a small real estate business alongside his day job as a trial lawyer; and absolutely loves his aficionado investments in a Simmental cattle syndicate.